Call it what you may – Molly, Rolls, Beans or Ecstasy — this popular mood-boosting drug may linger in the body longer than you think. Formally known as MDMA (short for 3-4 Methylenedioxymethamphetamine), Ecstasy is a synthetic drug that can alter the mood and perception of its users. It’s a party drug that is commonly used for momentary fun; however, what dealers fail to tell you is that this drug, like any other, may leave its telltale signs in your body for some time.

If you have an upcoming drug screening and your idea of a good time involves getting high on ecstasy, then you’ve probably just Googled, “How long does molly last?” and ended up here. The short answer is simply: it varies from person to person.

How Long Do The Effects Of MDMA Last?

In most cases, the main effects of MDMA (Molly/Ecstasy) on the body last for about 3-4 hours, while the comedown and minor effects can stretch up to 7-8 hours. It all depends a lot on the body weight and the amount of water that you drink during the trip.

New users will experience the effects in 1 hour from ingestion, while more experienced users can feel the initial effects as soon as 15 minutes after ingestion.

As usual, the information is related to the consumption of MDMA, a lot of the substances sold at festivals or parties are in fact not MDMA, please check out our full guide for more information on this topic 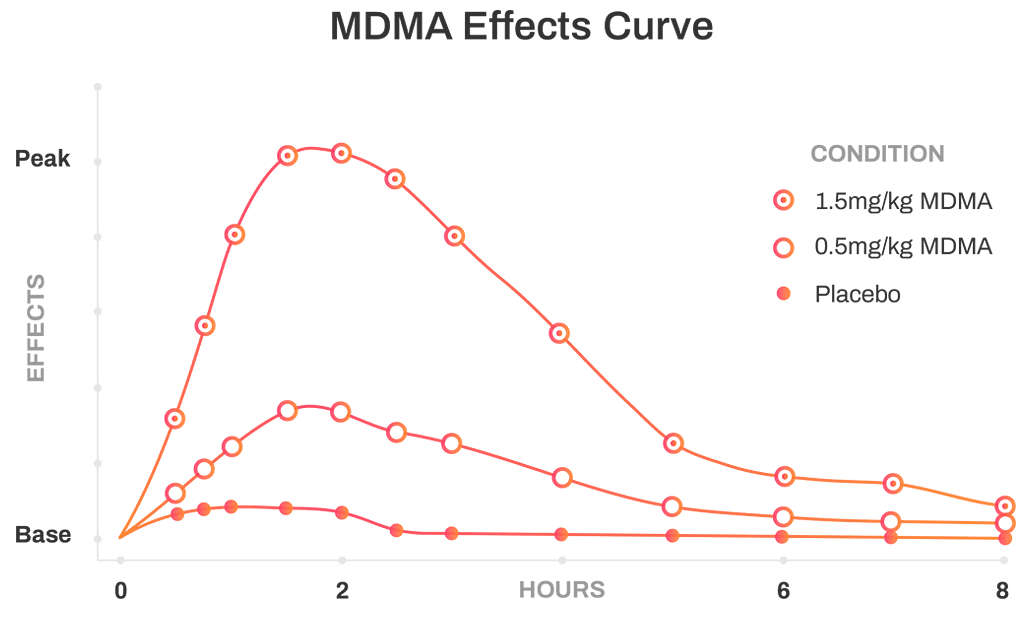 How Fast Is MDMA Broken Down By The Body?

While your body’s natural response will be to break down the drug the moment you take it – whether by smoking, snorting or swallowing it – many drugs are simply not broken down easily. When it is absorbed into the intestinal tract after being consumed, then typically users will experience a seemingly innocuous high for two hours after ingestion. The drug is broken down and then converted to chemicals (metabolites) in the liver.

Typically the drug will last up to eight hours in the body before half of it is cleared from your system. After this it may take up to two days for 95 percent of the drug to leave the body. So, what about the remaining 5%? Studies have suggested that it may take up to six days for the body to completely rid itself or ecstasy.

According to the National Institute on Drug Abuse for Teens, “because MDMA does not always break down in the body, it can interfere with its own metabolism” this typically results in higher levels of the drug being present in the body, especially with repeated usage within a short time frame. The good news is that it’s typically undetectable with conventional drug tests, however, with hair-based tests, it is bound to show.

Will I Fail My Drug Screening?

Whether or not ecstasy will show on your drug test depends on the type of test that you’re doing. Each test have their specific detection window.

Urine Test: If you’re undergoing a urine test, then generally the test has to be done within three days after ingestion for the drug to be detected. The drug is excreted in the urine one to two days after ingestion prior to being broken down in the liver. Studies have indicated that individuals with a higher urine pH tend to secrete the drug at a slower rate.

Blood Test: A blood test would need to be done within two days of ingestion for ecstasy to be detected. Ecstasy can usually be detected in the blood within half an hour or less after it is taken. It is then taken to the liver where it’s broken down into chemicals.

Saliva Test: Like a blood test, ecstasy can be detected in a saliva test up to two days after it is ingested. Since it’s mainly taken orally it tends to show up in the saliva more quickly. In fact, a saliva test can detect ecstasy as early as 15 minutes after ingestion.

Hair Test: This is where you should be afraid. Ecstasy can be detected in a hair test up to three months after use. Once it enters the bloodstream it travels to the hair follicles through tiny blood vessels. Your hair grows an average of 1 centimeter each month, and the section of the hair that is tested typically correlates with the ingestion period.

Overall how long ecstasy lasts in the system can vary with each person based on various factors. One main factor that may affect how long it lasts in the body is whether or not it was laced with another drug. Other factors that come into play to determine how long it stays in the blood include your: body mass index (BMI), liver and kidney health, metabolism rate, age, and genes. Of course the safest way to ensure that you pass your drug screening is by avoiding the drug.

The National Institute On Drug Abuse For Teen: Meet Molly: The Truth About MDMA 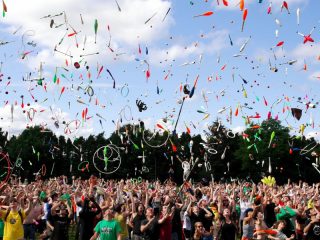 MDMA (Molly, Ecstasy, XTC): The Ultimate Guide on How To Roll Safely